Keep Breaking It Down: 10 of my Top Breakdowns

I cherish a great breakdown; having said that, I feel the importance of a breakdown can be calculated by figuring out the power it brings to the song. Now we all have some knowledge on what a breakdown is: A bridge separating two halves of a song (in a nutshell), most often a heavy and brief interlude. Over the years, I have become partially attached to this concept and have routinely combined it with my overwhelming obsession of categorizing “Best Of” charts or playlists separated by year, genre, etc. Sharing this passion are thousands of “Youtubers” compiling chopped-up fan videos, mostly comprised of Death/Grindcore superstars chugging along nonsensically (All Shall Perish, As Blood Runs Black). Then you also get a heavy dose of the August Burns Red/The Devil Wears Prada/Parkway Drive types as well, basically rounding off the metal and hardcore genres. While I am entertained by these collections, I’ve decided to explore my own “Top Breakdowns” and shed some light on this extremely opinionated art-form.

Bring Me the Horizon – “It Never Ends” from There is a Hell Believe Me I’ve Seen it, There is a Heaven Let’s Keep it a Secret

Usually I prefer to be more subtle with my selections, or perhaps, unsuspecting. With “It Never Ends”, I ignored my ego and accepted the brilliance of the breakdown. You will more than likely stumble into BMTH when searching for thunderous breakdowns, but examples usually come from their earlier days as a band. The piece that really drives this one in particular is the split-second pause filled with ghostly howls. The divider within the breakdown adds so much to the concept, basically a “two for one” effect. From 1:55 to 2:20, the band goes off on a tangent, leaving listeners stunned. Bring Me the Horizon may have matured since Count Your Blessings, but they prove growth does not correlate with “less brutal.” 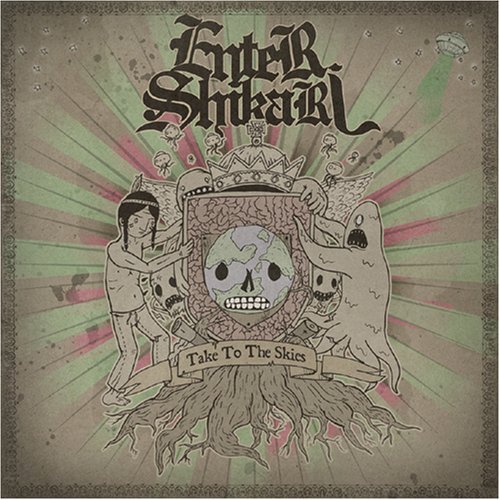 Enter Shikari – “Sorry, You’re Not a Winner” off Take to the Skies

A little trancecore is never a bad thing. This fun track off of Enter Shikari’s debut full-length has an extremely disruptive finale. More often than not, my preferences side with breakdowns that bridge the song together, but in this case it lands at its conclusion. Honestly, it does not affect the love I feel towards the bit. Beginning at 2:56 and spanning for the last 55 seconds, the highlight strikes at 3:22 with some haunting synthesizer blasts paired with vocalist Roughton Reynolds’ clean and unclean addition. The fact that this unsettling ending leads into the ever-so friendly “Jonny Sniper” makes it all the more stimulating…yes stimulating.

The previous breakdown appeared at the very end of the track. In this case, it is the polar opposite. IKTPQ decidedly planted a bomb in a very unsuspecting location – the beginning. You will be hard-pressed to find a more heart-pounding opening 26 seconds to a song, this I can guarantee. And while most bands use the breakdown as a bridge connecting the start and finish, this track disregards and begins and ends with a breakdown. It’s a shame it has been six years since this release with no new material; hopefully soon?

A Static Lullaby – “The Prestige” from Rattlesnake

The hiatus, or whatever ASL is doing right now has to stop. Rattlesnake was far too great to not follow-up. In particular, one of the gems of this album being track number five, “The Prestige.” From 2:38 to 3:21, the storm of a song takes a turn for the best and doesn’t really let up, even after the hurricane passes. To be clear, the song is good, but once the whispering and snare rolls start, you know the track is about hit you in the mouth. Warning: Do not listen for the first time in your car. There is an increased chance of an accident taking place. I’m serious, actually. 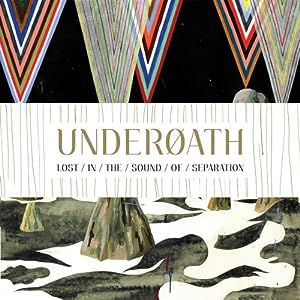 In all honesty, this is probably my favorite. A 45-second slice of the song (1:04 to 1:49 for those curious) filled with distortion and Spencer Chamberlain at his absolute best. What I like most about this breakdown is just how little it is mentioned when compared to others within the genre. Perhaps, that is because it is not your prototypical breakdown; faster and full of distortion. It’s one of the few segments of a song that literally raises the hairs on the back of your neck. This opening track from Lost in the Sound of Separation will forever go down as one of the most destructive beginnings to an album.

Similar to Enter Shikari’s based solely on the location of the breakdown; “A Dance with Aera Cura” shows signs of transformation at the very end. From 2:45 till the tracks close, an attack is issued. It is fitting that the song kicks off the album, which is also the debut full-length by the young metalcore outfit from Ohio. While most fans prefer the next track’s breakdown (“Architect”) to the explosive opener, I feel this one delivers more of an abrasive punch. The layers within the breakdown and the fact that it doesn’t let up until the final snare hits makes this dance all the more memorable.

Probably the most peculiar breakdown on this list, but don’t let the band’s genre fool you. At 1:59, the “Make Way for Man” chants begin, paired with a building drum beat; all the tell-tale signs of a great breakdown. So at 2:16, when listeners are thinking they are just going to dive right back into punk/upbeat rhythm, they ignore expectation for another 15 seconds of magnificence. This makes the breakdown all the more brilliant and surprising. Thy Art is Murder – “Whore to a Chainsaw” off Infinite Death

The criticism will more than likely hit an all time high for this one, considering two things: They are from New South Wales, Australia like Parkway Drive and Parkway Drive doesn’t make an appearance on this list. Nevertheless, “Whore to a Chainsaw” (I’m not sure what that even means) maintains a breakdown mentality throughout with splashes of explosion strewn about. The first and best breakdown escalates at 1:13 with former vocalist Brendan Van Ryn spitting some vulgar lyrics at – my best assumption – a “whore.” The breakdown reaches conclusion at 1:53 and the track leaves you feeling rather filthy, to be honest.

Alesana – “The Murderer” from The Emptiness

From 2010’s The Emptiness, Alesana deliver a force of a breakdown on the fourth track. The build-up begins at 2:30 (2:45 on the video), with the meat of the breakdown hitting hard at 3:05 (Video – 3:20). Dennis Lee (unclean vocals) belts “Are you ready to die?!” repeatedly; a line that bellows and makes it nearly impossible to not ball one’s fist. Alesana has made a career out of adding breakdowns to their poppy sound and gothic themes, creating what I have fittingly dubbed “Gothic Popcore.” Interestingly enough, all the pieces of this bizarre puzzle fit perfectly with “The Murderer.” As Blood Runs Black – “In Dying Days” off Allegiance

Perhaps I am ending with an obvious choice, or at least an obvious band? Rightfully so. Now most would argue “My Fears Have Become My Phobias,” the album’s next track is the superior effort. What sells “In Dying Days” is the bass drop (1:58 and 2:10). If you don’t believe me, listen to both tracks in your car as loud as you can stand it, and get back to me. Beginning at 1:32, with the destruction peaking at 1:49, this is clearly the superior breakdown in my honest opinion.

As all the fan videos on Youtube suggest, I open this list up to discussion. While I find most any breakdown entertaining, these are the ones I find most appealing. And while I may have had some obvious picks, I truly believe there is a fine, creative line that determines the power and magnitude of a breakdown. Cheers!

Sometimes I can grow a little facial hair. I am from Lisbon, Maine. NFL Redzone is the greatest channel invented - my father and brother can vouch for me on that one. I like four vegetables (one being french fries). My favorite thing to take off at the end of the day is my watch. I have no arm hair. Hayley Williams said my name on stage one time. I love ranking stuff. I DVR Jeopardy everyday. Cherry Coke Zero is the BOMB! Satellite radio is lame, SYNC is better. I have a Gumby figure on my keychain. I wear girly socks (the small ones that barely hang on to the heel). People admire my "Name That Tune/Artist" skills. Parentheses are the coolest! Oh, and I still watch the Real World.