How Hamilton Made History More Interesting

When we think of reading through historical events, irritating memories of our high school and college textbooks typically surface first. It’s not that history is a completely dull subject, it’s just that some people would rather be spending their time reading fiction novels or going on social media or… anything else. But lucky for us, one man managed to take a historical biography that he was reading and transform it into something that is changing the course of musical theatre, as well as the way one of our founding fathers has been perceived. 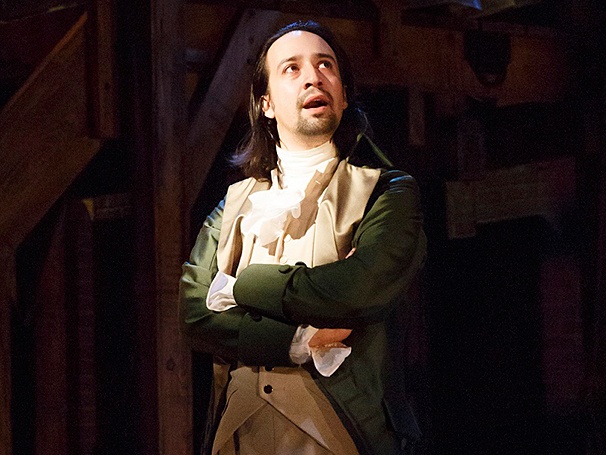 Lin-Manuel Miranda was looking for a new book to read and selected a biography about the life of Alexander Hamilton. Hamilton’s life was tough, as he grew up in a treacherous environment outside of the United States without a lasting relationship with any siblings or even his father. His mother also passed away in his early teens, leaving him basically alone. Immediately after reading about this first part in the initial 3-5 chapters, Miranda began to hear hip-hop, rap, R&B, and musical theatre music. These rhythmic tunes and potential blockbusters echoed through his ears and he knew that he had found something special. Miranda pieced together sequential events in Hamilton’s life and constructed a comedic, inspiring, and tragic story that showcased Hamilton’s history in a brighter light than others see him in.

After placing the finishing touches on the musical it was ready for Broadway on July 13, 2015, and immediately received splendid reviews. Not only was Miranda the playwright of Hamilton, he was also in Hamilton’s shoes himself. Despite not having the greatest vocal register, he has fantastic rhythm with rapping, which helps the show fly along through its 46 songs.

The opening number in the Hamilton album, “Alexander Hamilton”, combines rap with musical theatre in order to introduce the tragic early life of Hamilton and the beginning stages of his career without any family. Miranda’s music begins with slow and steady rap lyrics and quickly develops into a full blown masterpiece of rap and musical theatre. As the album progresses, it delves into his first confrontation with Aaron Burr, his influential leadership during the Revolutionary War, his first meeting with his wife, and much more. Nothing in this album is the same. There are countless amounts of rhythm changes and vocal levels, and there is an even distribution of the different musical styles.

The Cast of Hamilton performing live on Broadway

How a man read a nonfiction book about a dead guy from 200 years ago and heard this type music, I have no idea. After the album was published on September 25, it immediately bounced to the top 10 on iTunes and has remained there for nearly seven months. Today, the musical is completely sold out for months to come and the national tours are selling with lightning speed as well. A person does not have to be a history nerd or a theatre nerd to enjoy this album/musical. A person simply has to be a music and storytelling nerd that appreciates how an 800+ page biography about a historical figure has turned into a musical sensation.