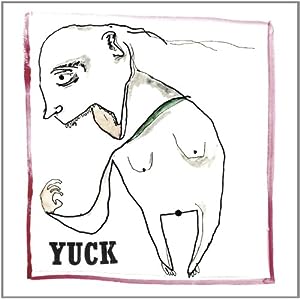 When you think about it, is it really that much of a surprise that Yuck was one of 2011’s breakout bands? Everything was so perfectly calculated. The awful band name, the hideous album cover, and the tracks that brought back that ‘90s alternative feel; they all worked like a charm. But Yuck isn’t the kind of album that was used as a simple nostalgia piece. It is a record for those who never truly experienced the ’90s. Tracks like “The Wall” and “Georgia” allow me to understand the decade of my birth more than any Pavement or Dinosaur Jr. album ever did. Older cynics have no choice but to complain, but this album wasn’t made for them. It’s almost as if this album was written for me. A record that mixes J-rock with dreampop? Not to mention it was made by Boris? The regularly silent Wata makes a hell of a performance, while Takeshi sings with the conviction of someone decades younger than him. It all sounds so real, almost as if Boris had never been a sludge metal band. Their inclusion in this list isn’t so much a testament to how much I liked the album, as much as the flawless genre-hopping seen in this record.

When I first listened to Girls’ second full-length it didn’t exactly click with me, but something told me it eventually would. And click it did. Father, Son, Holy Ghost walks the perfect boundary between catchy and ambitious. The hooks in songs like “Magic” and “Honey Bunny” are huge, but so are the ideas in “Vomit” and “Just a Song.” This heartbroken piece of music is a perfect image of a band taking a predictable genre and taking chances with it.

Despite the fact that modern trends dictate otherwise, 2011 was a great year for electronic music. Much like hip-hop, we saw many newcomers who released top-notch full-length debuts. SBTRKT was undoubtedly one of the biggest stars in the genre this year, and in my eyes the biggest. The UK producer’s full-length is lonely but easily accessible and catchy. The guest features all mix perfectly with the atmosphere created in the tracks, from bouncy in “Pharaohs” and aggressive in “Wildfire” to mellow in “Right Thing to Do.” At the end of the day SBTRKT has proved that there is still quality electronic music out there.

1. Radiohead – The King of Limbs