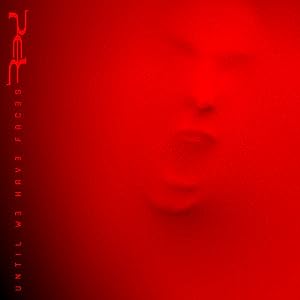 Red keeps up the same sound that I enjoyed so much in their first two albums. Red evolves into an alternative metal masterpiece in their third full length, complete with strings and screams. Until We Have Faces sees Red becoming more mainstream as ever, but their message is better than ever, and that’s something that’s often taken for granted.

It’s been a long time since I’ve found total enjoyment out of a Foo Fighters album – the last one in which I enjoyed every song was 1999’s The Colour And The Shape. But Wasting Light sees the Foo Fighters back in full form. Recorded in lead vocalist Dave Grohl’s garage, the band gives Wasting Light a more grungy feel, without sacrificing the band’s classic rock and roll sound.The reason why this record is so perfect is because of the fact that it isn’t perfect, and it’s undoubtedly the Foo Fighters at their best.

Adam Young’s project Owl City seems to get criticism all over the board, but I love everything the musician has done. All Things Bright And Beautiful, his sophomore album, may sound a lot like the band’s debut, but I thought thematically and lyrically, it was far beyond its predecessor. I like All Things Bright And Beautiful more than Ocean Eyes, as I find it to be truly brilliant and a well-produced work of art.

Switchfoot is my favorite band, so every time they have a new album coming out, I’m on the edge of my seat in anticipation. It’s hard to determine if Vice Verses really defeats any of their other albums, but it definitely shows progression and features some of the most powerful lyrics Jon Foreman has ever written. Focusing on percussion more in this record, the drums and often bluesy beats bring melody lines that haven’t ever been seen out of the San Diego quintet. I was definitely not disappointed in Vice Verses, and it definitely reaffirms that Switchfoot is my favorite musical group.

You probably weren’t expecting this to be number one, especially with all of the great metal releases of 2011, but former Alexisonfire vocalist Dallas Green just took my breath away with Little Hell. Green brought in a full band to mix things up a bit, and even being heavier than City and Colour’s last two records, it still has that lustrous, rustic feel. Really there’s no other album that deserves this spot.

Most Anticipated For 2012: Brand New and Shinedown

Editor-in-chief of Mind Equals Blown, I've been on staff since 2011 — before I even knew I wanted to write for a living. My passion lies in the punk scene I grew up in, and it's led me to a deep love for all sorts of heavy music. On the site, I combine both loves (as well as my love for film), shining light on true artistry in our scene. I'm also a lover of Chipotle, Cherry Coke, vinyl records, and baseball.