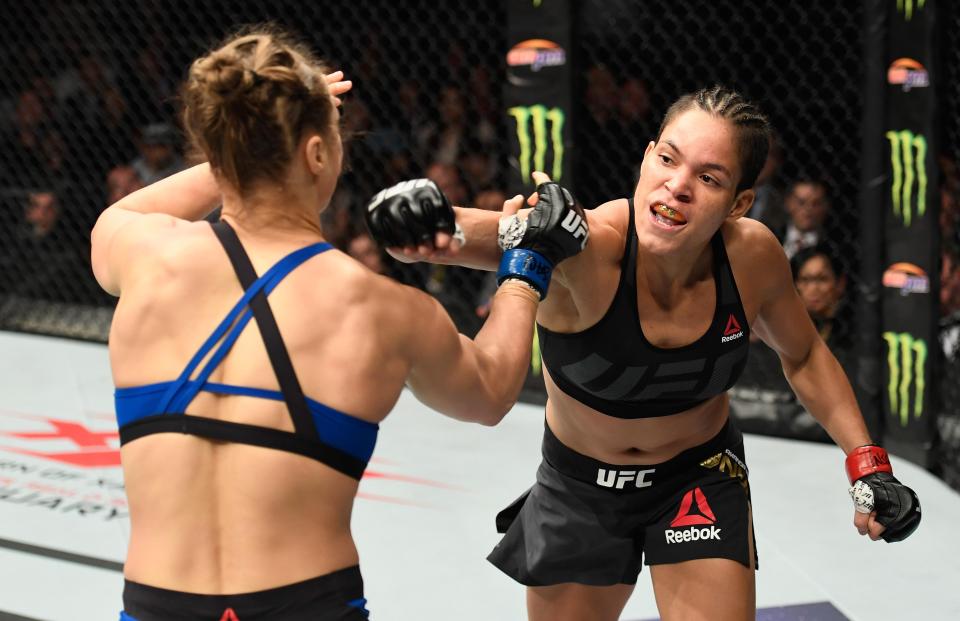 Rousey and Nunes at UFC 207

Ronda Rousey’s magnetic fall from grace has been well publicized and vastly over-analyzed. Much has been made of her refusal to fulfill standard media obligations both before and after her UFC Bantamweight Championship fight with Amanda Nunes at UFC 207. Even more has been made about her devastating and embarrassingly one-sided defeat. But is there a lesson to be learned in how to, and how not to, take on defeat?A stark contrast was drawn between Rousey and fellow global superstar Conor McGregor and how they both handled their first UFC defeats. Rousey was knocked out in the second round by Holly Holm, a world champion boxer and kick-boxer, in Australia as the headlining fight of UFC 193 in November 2015. McGregor was submitted in the second round by top five ranked UFC Lightweight Nathan Diaz in December 2015 as the headlining fight of UFC 194 in Las Vegas. The reactions of both champions couldn’t have contrasted more.

Rousey decided after her defeat that she need to be away from the sport and its media. Never in her few public appearances during this period did Rouseytake full ownership of the loss. She gave several reasons and excuses, including excessive access to the media, in addition to overloading her plate with too much of what Hollywood had to offer. However, never did she admit to any sort of a skill issue, game planning mistake, or simply chalking it up to a bad night. Instead, her loss was hung on the media, and they never forgot. McGregor was seen as the most dominate male fighter on the roster until his his defeat to Diaz. With a well timed two-punch combination, and eventual submission via rear-naked choke, McGregor’s legacy took a major hit. However, he surprised many with his humility, class, and honesty during defeat. He faced the world with the same character that he had shown in his takeover of the UFC. He gave all the credit to his opponent, immediately point out what had failed him during the fight and made no excuses. A funny thing happened after that fight and subsequent press conference, McGregor had become a bigger start for handling his defeat “like a true champion”.

The contrast is important in context because these are by far the biggest starts the UFC has ever known. They are the first two fighters to successfully bring what was widely considered a brutal niche sport, into the pop-culture realm. Their reactions to very public defeats have directly effected their lives and careers. McGregor moved on, avenging his loss to Diaz in the summer of 2016. He soon became the first UFC fighter ever to hold two belts in two different weight classes at the same time after defeating UFC Lightweight Champion Eddie Alvarez at UFC 205 in New York in November.

Rousey spent thirteen months licking her wounds before finally coming back at UFC 207. She imposed a media silence and sheltered herself away. Her plan backfired in dramatic fashion when she was knocked out by Brazilian champion Amanda Nunes in a mere forty-eight seconds.

This is where that contrast is most important. The fighter who humbly recognized and acknowledged his flaws saw unparalleled success inside and outside of the sport. The fighter who hid behind excuses of obligation, without admittance of any flaw in planning or otherwise, now has watch her entire career collapse, both inside and outside of the cage. As human beings, we heed lessons like this in life, because without humility, success can become disaster in the blink of a well-trained eye.

I am a former touring musician (Little Wars, Contacts & Confidence) and former MMA fighter. I studied communications at The University of Akron.